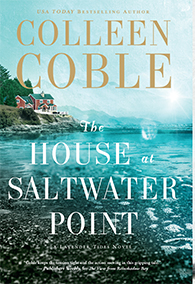 The preorder links are up for The House at Saltwater Point! Here’s a little bit about the book:

The dangerous beauty of Lavender Tides is harboring secrets that reach around the world.

One thought on “Preorder The House at Saltwater Point, book 2 in the Lavender Tides Series”